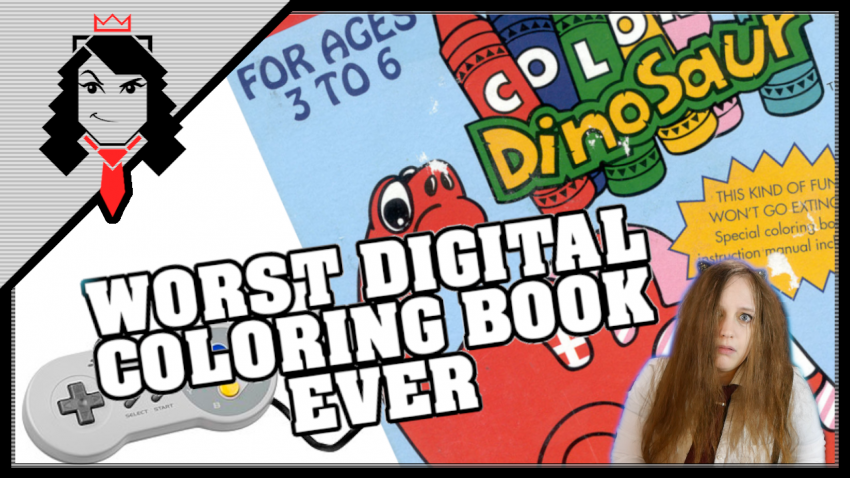 Oh yes, I would LOVE to play a colouring game with next to no interactivity and weird epilepsy-inducing screens – said no gamer ever.

Now first off; I frigging love dinosaurs. Seriously, I am mad about them. If there’s a game about dinosaurs, I’m usually there. I even endured Bethesda’s Jurrasic World for far longer than was reasonable just because I wanted to watch the T-Rex bumble about.

I have a lamp-shade in my study that is made of little plastic dinosaurs, I’ve got magazines about them, I’ve got some cuddly ones. I just love dinosaurs. I’m 32 years old, but I don’t care. I didn’t get to have much of a childhood, and it certainly didn’t have any dinosaurs in it, so I’m making up for the lost time.

So Color a Dinosaur is a safe bet; right? You already know it’s not. Color a Dinosaur is hands down one of the worst games ever to grace the NES. It’s so entirely minimal, the kind of child who would actually enjoy playing it hasn’t even developed the motor skills to use a controller yet.

Here is my video on said subject:

Got to admit, I went down some interesting rabbit holes researching this one. The most interesting thing certainly being the fact the Color a Dinosaur is linked to congress. It’s a small world.