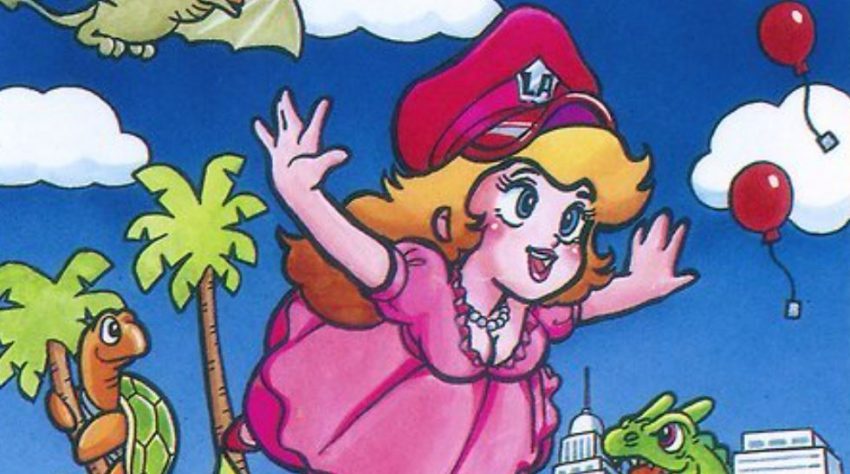 Ooo, yes. I do love me some crappy bootleg games. Unlicensed, zero quality control, zero f*cks given. Bootleg games were absolutely rife for years, before the likes of Nintendo put their massive corporate foot down and made it harder to publish them. Many were copies of already published games, and many were simply redos of arcade classics. In the early 1990s, the dodgiest bootlegs came from the likes of Thin Chen Enterprises and Hacker International.

If I were to make a video or article about every single bootleg company that pumped out games in Asia alone, I’d be here writing for the next ten years. At the moment, I’m making a video on the so-called “adult” NES bootlegs shipped out by Sachen and Panesian Taiwan Ltd, which is how I found out about this delightful crappy game inception.

NES “adult” bootlegs were of course blessed with better graphics than Mystique’s shower of baubles, and the chance of better gameplay at their disposal. While Nintendo didn’t officially license any games that might run the risk of showing a small girl how overly-sexualised her body is destined to become, it’s not like these unofficial cartridges weren’t commonly available in their release country at the time.

Color Dreams was one of the more succesful bootleg game companies. They made and released a game called Menace Beach in Aisa and North America in 1990. You play some kid on a skateboard who moves like he’s on ice, in a series of locations where everything is trying to kill you. Its bland and frustrating – which of course, meant it was fair game for Color Dreams to re-release it as the Christian-themed Sunday Funday a few years later.

Now despite the fact (or maybe because) Color Dreams would eventually become Christian-themed and change names to Wisdom Tree, Menace Beach got an adult version. It’s unclear exactly who made it, but the rumor is that it was made by someone at Color Dreams before being sold to Hacker International.

So here it is: the bootleg of a bootleg; Miss Peach World. It has a date stamp of 1991, and though it says on the title screen on Dan Burke developed it, this guy apparently did not make the original Menace Beach. He’s not even mentioned on the title screen of that game or Sunday Funday.

Burke was a member of Color Dreams though – maybe he sold it Hacker International on the sly and they embarrassingly credited him? After all, Hacker International always credited the original makers on the sexual rehashes of their games. I have no reason to believe that, by the way, I just think it would be absolutely hilarious if it were true.

Like in Menace Beach, each finished level rewards you with a picture of a girl. While in Menance Beach it was your girlfriend with her clothes rotting off (what????) in Miss Peach World, it’s some random girl or girls. And no, it’s not worth struggling through the gameplay for these screens. None of the Hacker International games are worth struggling through, to be honest – but Menace Beach is already a special kind of crap without chucking the promise of poorly drawn areolas.

Miss Peach World is so rare, that for years even the ROM of it had not been dumped anywhere on the internet. That is, until a user of the Lost Levels forums came and answered all our prayers: delivering both a shot of the frankly charming cartridge art, and the ROM itself.

This bootleg of a bootleg has been known to exist for years before the ROM hit the internet, but it’s one of those super-rare issues that doesn’t go for less than ridiculous prices at auction. Even though the game is awful, it’s quite desirable perhaps thanks to the box art which is unusually attractive for a release of its type.

I am dabbling with the idea of doing a proper video about this game in particular, since Menace Beach and Sunday Funday have already been done to death. But as far as ever actually owning the cartridge – that’s never going to happen. Even the original Sunday Funday and Menace Beach games rack up hundreds on eBay, so it’s no suprise that Miss Peach World goes for upwards of $800 dollars. I’ll stick with the rom for now.

I don’t want to be here making out like I condone downloading ROMS, but this is a bootleg of a now defunct bootleg company (although Wisdom Tree is still active) so it seems alright. As always, download them at your own risk.